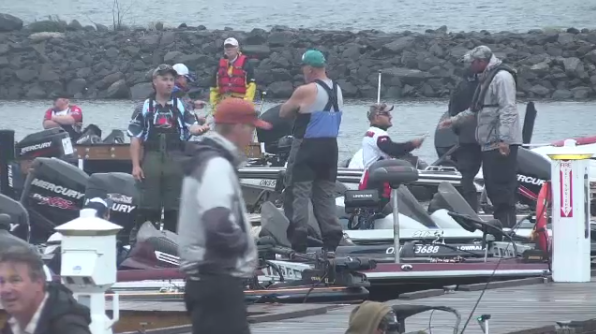 Anglers from all across Ontario gathered in North Bay over the weekend for one of the largest fishing tournaments in the province.

One by one they filed out onto the choppy waters of Lake Nipissing.

Some anglers arrived early to get an early taste of the hot spots the week before.

Jay Hotzak is angler that was on the 2016 Team Ontario team.

“I found an area on Wednesday for largemouth and I didn’t kill it, but I knew there were fish there, so I basically bagged on that area.” said Hotzak.

Even though the weather was wet and rough, the anglers caught more fish than they could carry.

Terry Wilson is an angler that was on the 2017 Team Ontario team.

“If I had kept five fish, I would have had 19 pounds.” said Wilson.

QUESTIONS ABOUT THE OBN?

For further details about the OBN, visit our FAQ section or feel free to contact us directly. Our Find a Club section has an up to date list of all of the current Ontario Bass Nation clubs.